You are here: Home / About SPT / About the Co-Founders 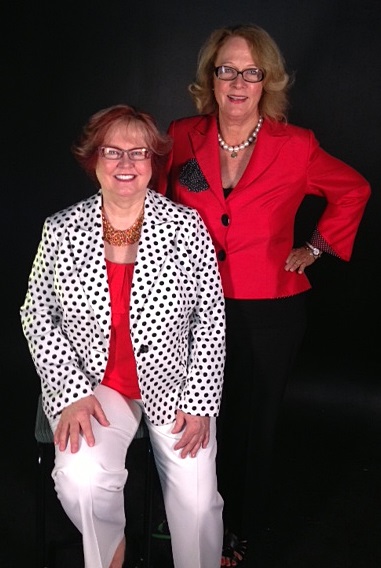 Barbara Fagan and Lou Dozier, Co-Founders, Source Point Training, have launched their own coaching and training company after years of working together and a wealth of experience in the industry of training and personal development. They first met in 1987, when they were both involved in a San Francisco-based transformational training company, where Barbara was a coach and Lou was a trainer.

Their contrasting styles were an instant and magical combination. Together they provided an environment of extraordinary challenge, learning, and growth with those with whom they have interacted.

Barbara is known for her classy style, professionalism, impeccability and integrity. She is known to always raise the bar for those around her. She is results-oriented and coaches people to truly create what they want in their life. She cuts no slack, as her commitment to excellence is her claim to fame.

Lou is known for her “smacky” style, as she’s very direct and always tells it like it is. She consistently takes a stand for “what’s possible” and “what’s next.” Her personal philosophy is that “every human being matters and gets to BE the difference on this planet they were born to be.”

Barbara and Lou have come together to create an environment to BE with others to be the best coaches, leaders and facilitators possible. Their commitment is to be the company that brings wisdom, knowledge and experience to the next generation, so they take a powerful stand for the possibility of human kind.