Harvard Business Review recently published a story about coaching millennials written by Karie Willyerd of Success Factors an SAP Company. In it, she 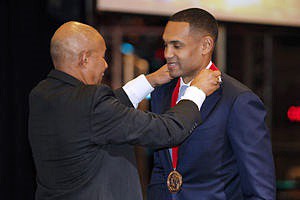 gave an example of a young basketball player who showed up to play at an important college basketball game on a fabled rival’s court and had forgotten his shoes. At the next practice, he had expected from his coach a chewing out for not having his head in the game; but instead, there was an ice cream sundae party and another practice to help the team recover from the humiliation of their loss. That “kid” was Hall of Famer Grant Hill who told this story and his coach was Mike Krzyzewski of Duke University – known as Coach K and winner of over 1,000 games including a 1992 Olympic Gold medal and this week the 2015 NCAA Championship.

Coach K focused not on defeat but on team building and getting the heads of young players ready for the next game. This week, Coach K demonstrated again the value of focusing on what is working and having the team play together by inspiring them to a vision of success and combining all their strengths to play their best.

As a coach, I recognize the importance of having a coach in any area of life. Today’s organizations are filled with Millennials (Gen-Y), the largest generation of workers since the Baby Boomers, and they have very specific needs in order to play their best game. We must learn to coach them in a way that works for their generation, who were raised on values around contribution and helping people not organizations. They want feedback and they want to be coached by people who understand success. They don’t
want to be “told” what to do; they want to be shown and inspired. 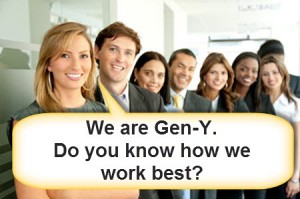 The growth of Professional Coaching is an indicator of what today’s workforce is looking for in this way of leading and guiding people. Coaching is about co-creating a partnership that supports people in achieving their goals. Coaching increases self-awareness and confidence by identifying resources available and practices designed to achieve success.

Today, Source Point Training is working with many organizations who are learning to train managers as coaches. By creating a coaching culture at every level of the organization, they are inspiring and challenging people to continue to find ways to up their game!

Contact us to find out how to have a Leadership Coaching Skills for Managers training for your team today!!!

Accountability: the Key Ingredient of Leadership
How Choice Creates Great Leaders
Honoring Agreements Begins from Within
Trust is the Foundation of All Relationships
Taking a Stand for Living the Life You Love!
Leading with Purpose and Managing Priorities
Distinctions between "life coaching" and "performance coaching”
On Gratitude
0 replies