Last week as many of us sat down to watch the 2014 Academy Awards, we witnessed not just gratitude from the Oscar winners but affirmation as well. There are so many other aspects that were emphasized during this event such as the fashion, the host and entertainment… (Ellen was hilarious by the way!), and the celebrity status that the Oscars represent. However, this year a strong emphasis was placed on the inspirational speeches and the valuable advice about life, dreams, and achievement they offered.

There were a few speeches that really stood out in these categories. Mathew McConaughey had many great 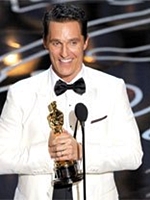 tokens for life, Lupita Nyong’o opened our eyes to what is possible when you dream, and Jared Leto shared the positive effects of a mothers praise. I think it is safe to say that we all walked away feeling inspired and reaffirmed that our greatest goals in life are achievable.

Here are my top five take aways from this year’s Academy Awards:

Staying Connected is Not Just About Technology What All Women Should Know – And Many Men Too!
Scroll to top