We trust everyone is enjoying a wonderful summer thus far!  Lou and I are excited to be spending this week and next with a great group of individuals committed to ensuring that children under the age of five get the best possible start.  This is a great example of someone seeing a possibility to take action for the benefit of others.  There are an infinite number of possibilities to be part of creating change in the world.  Some are big and some are small.  Here’s one you may recall: 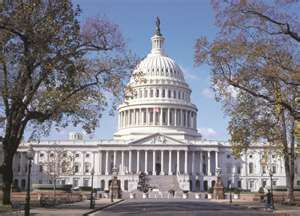 On January 13, 1982, Air Florida Flight 90 struck the 14th Street Bridge after taking off from Washington, D.C.’s National Airport and plunged into the icy Potomac River, killing seventy-eight people. Hundreds of commuters, heading home early because of a rare Washington blizzard, stood on the river’s banks and watched the torturous rescue attempts. Lenny Skutnik was one who suddenly stopped being a bystander and went into the water to save a life. “Nobody else was doing anything,” he later said. “It was the only way.”

Lenny Skutnik, who dove into the ice-chocked Potomac River that Wednesday to save the life of a drowning woman following the jetliner crash in the Potomac, had little experience in the hero business. That afternoon, as one of the hundreds of homeward bound commuters, Skutnik – who’s never taken a life-saving course – saved a woman who was too weak to grasp the rescue rings being lowered from a hovering helicopter.

Later, when it became obvious that the helicopter could not save the drowning woman, Skutnik said he didn’t have any profound thoughts. “I just did it,” he said. “When I got out of the water, I was satisfied. I did what I set out to do.”

How many of us stop short of being a hero in the moment, watching and waiting as we see things that can use our support. Source Point Training’s has one constant principle that we coach to – Leaders don’t wait!  Neither do those who we later see as heroes. It is during these challenging times – never before experienced by our country – that we can all step up to the Hero’s way of being each day.

Accountability: the Key Ingredient of Leadership
How Choice Creates Great Leaders
Honoring Agreements Begins from Within
Trust is the Foundation of All Relationships
Distinctions between "life coaching" and "performance coaching”
On Gratitude
Service & Contribution!
What are You leaving in Your Wake?
0 replies

Standing for Greatness! What Lies Within Us
Scroll to top