Blog - Latest News
You are here: Home / Leadership / Have You Eaten Your Frog Today?

Frogs Are the Breakfast for Success! 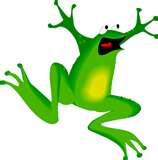 During one of our recent SPT company calls, Barbara mentioned “eating the frog.” Personally, I had never heard this before and I actually thought she was referring to some wonderful delicacy she enjoyed on her recent trip to Greece. I had no other context to connect to eating a frog — other than literally eating a frog!. What a great awakening I received — and a new tool. I love tools/practices that support me in creating what I want in my life. And I am sure you do too! I assert we all want to create the life we want AND to do it with ease.

So, for those of you who, like I, had not known about eating the frog as a productivity practice, here is the idea as shared in Brain Tracy’s book Eat That Frog

Your ability to select your most important task at each moment, and then to start on that task and get it done both quickly and well, will probably have more of an impact on your success than any other quality or skill you can develop!

An old saying is that “If the first thing you do each morning is to eat a live frog, you can go through the day with the satisfaction of knowing that that is probably the worst thing that is going to happen to you all day long!” Your “FROG” is the one you are most likely to procrastinate on if you don’t do something about it now! It is also the one task that can have the greatest positive impact on your life and results at the moment.

It’ an interesting concept. In my experience, the most important task frequently is a pretty big task. Which meant to me that if I did that one first, very little would get checked off my list of tasks for the day — that one would consume my time. Could “eating the frog” really increase my productivity? Could I really get more done in less time? Including things that were also important for me? And with less stress?

So — practical, mechanical me — let’s test this out. I surely had several tasks ranking “important” and also tasks I believed were “challenging” (aka outside my comfort zone).

Test Day 1: With a big gulp — just as I would imagine I would do with eating a real frog — I stepped into the task that was critical to be done that day and that I had been procrastinating in doing. I found my FROG! And two and one-half hours later, it was complete! And because having it complete was so incredibly energizing, I took on my next “frog” and still got to many of the other items on my list. I was amazed.

I continued this test and am in the process of it becoming my daily practice. My gulps are getting easier, and the frogs are getting tastier!

Brian Tracy adds “If you have to eat two frogs, eat the ugliest one first!” This is another way of saying that if you have two important tasks before you, start with the biggest, hardest, and most important task first. Discipline yourself to begin immediately and then to persist until the task is complete before you go on to something else.

As a multi-tasker at heart, that was an additional challenge for me — persist until the task is complete. This was clearly what allowed me to get my first frog eaten in the two and one-half hours versus over the course of an entire day. Which of course would have been a day full of “I have to get this done!” stress-promoting conversation.

One final quote from Brian, “If you have to eat a live frog, it does not pay to sit and look at it for a very long time!”

Eating the frog is a practice/habit to take on, starting right now:

What are the “frogs” on your plate right now?
Which one is the ugliest? Next ugliest?
What will having them complete create for you?
Declare this as your new Personal Practice!

Athens – The Cradle of Civilization Mastery – 4 Steps to Success!
Scroll to top